Attendance was so bad that we started the meeting later than usual in anticipation of possible late comers. One possible reason could be that we did not announce the talk topics on the society’s webpage. 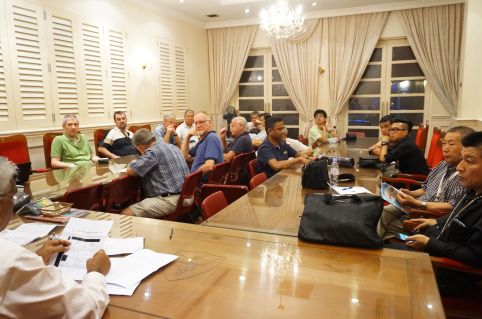 Nonetheless, we were glad to see some old friends whom we had not seen for some time: Jason 9V1AM (Green polo), John Davies 9V1VV (Glasses, blue polo), Hans Ehlers 9M2QQ/DF5UG (on John’s right). 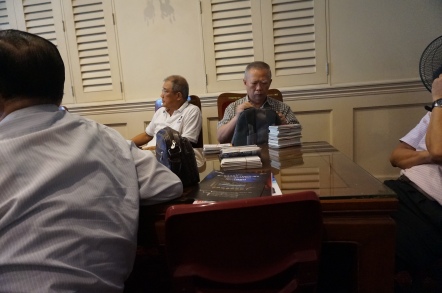 Trusty Vince 9V1SA, our Incoming QSL Manager with his stack of QSL cards. On his right is Fred Lee 9V1ZK (white polo) who is returning to ham radio after a long hiatus.

Some of our visitors who introduced themselves: 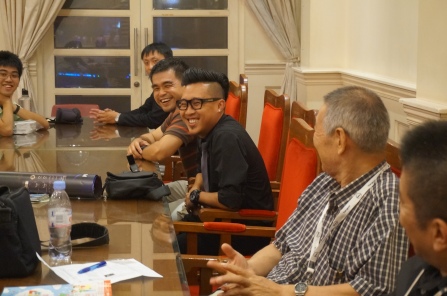 Mirek (VK6DX1/ ex 9V1XE) an old member, who is now back in Singapore and applying to get back his 9V1 call.

After the break, we had talks by Kurita 9V1XX and Darryl 9V1DE. Their talks was followed by a demo of our newly arrived repeater rigs by Min Than 9V1XY and myself 9V1AS.

Darryl, our vice-president, spoke on:

Min Than 9V1XY (white shirt) and myself (standing) described the newly arrived repeater equipment (on the table) and encouraged all present to test them out using the handies provided.

See you again next month!