This month’s meeting was held at the usual venue. This is the first day in 2 months when the haze dropped below 60 PSI, and everyone was in good cheer. 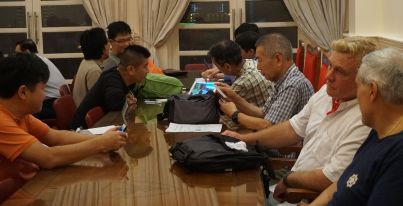 As usual, visitor and members began eyeballing before the start of the meeting. As usual, we had a few visitors who were interested in finding out more about ham radio.

Marc Teo, who owns a shop selling outdoor gear and emergency preparedness equipment came to find out about ham radio, and was interested in taking the RAE.

Kurt Tanyu, a “techie” became interested in ham radio after meeting a ham in the Philippines. 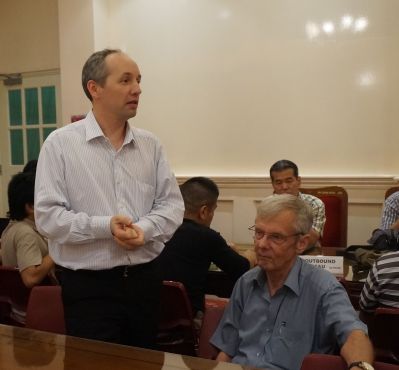 Alexey Filimonov in interested in finding out more about the ham radio scene in Singapore. 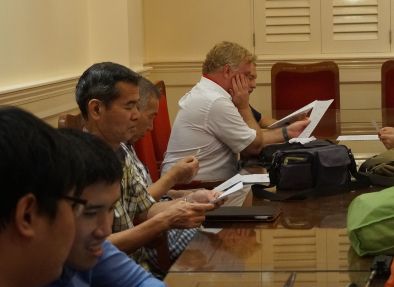 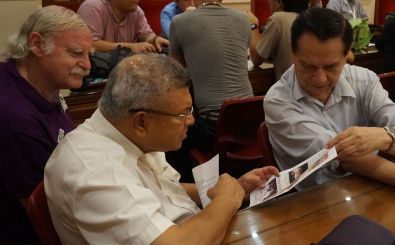 Hans 9M2QQ, Jaya 9V1AI and James 9V1WD had some old stories to share when viewing Jame’s old copy of the Ground Wave magazine.

The highlight of the evening was Barry 9V1FJ’s presentation of his ZL7AAA Dxpedition to Chatham Island.

We had a great time watching and hearing Barry’s first hand account.