This month’s meeting was held a the usual QTH.

There was going to be an auction of ham items from the estate of an SK. Some bids had already arrived by email, but the rules required the hammer to fall at the meeting. Therefore, the hams who really wanted to win the a particular item were definitely present at the meeting.

There was the usual eyeball chatter before the commencement of the meeting.

Here we see Darryl 9V1DE inspecting some auction items he had brought. 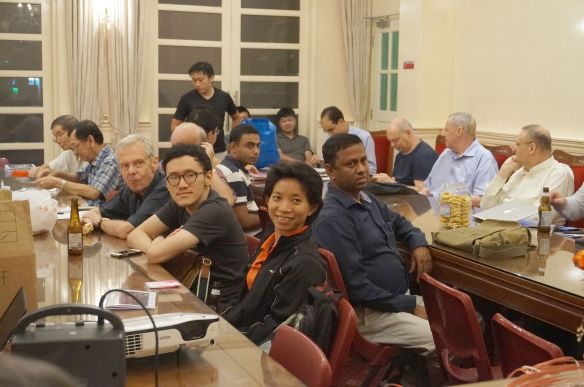 The majority of items were presented for auction as pictures only. The winners would have to settle first before collection. All proceeds were to be handed to the XYL. SARTS does not take any profit. 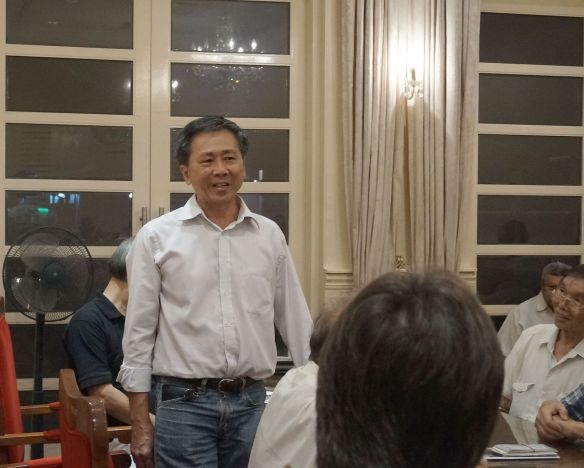 The customary self introduction of visitors. Here we have Daniel Lee who wants to take the RAE and get a 9V callsign. 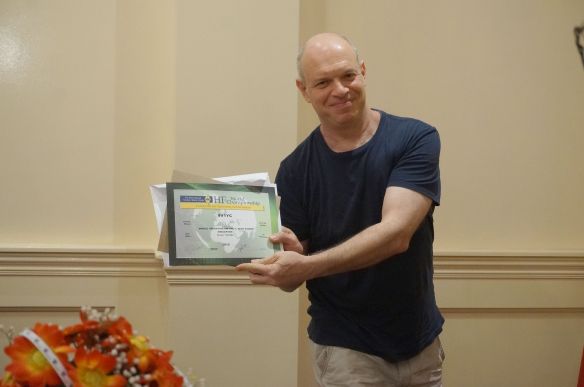 James knows a lot about ham gear, and was able to give generate a lot of interest with his descriptions.

Leow 9V1CP in good mood and willing to part with a load of cabbages.

There was a lot of interest and good humour too, as can be seen in the faces. 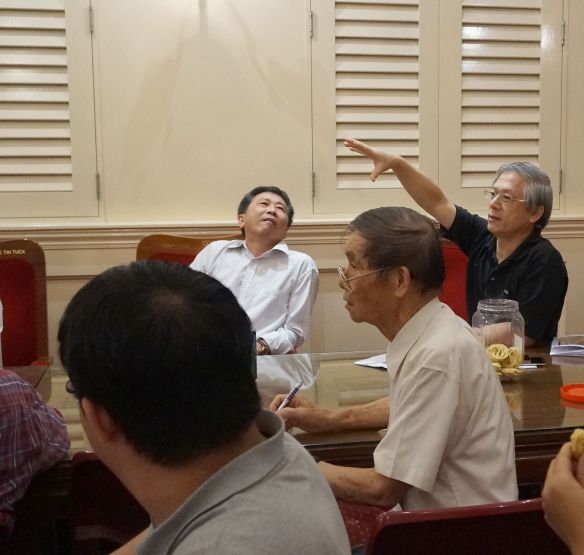 In the end, we raised more than we expected, and everybody went home happy to have done their bit for the SK’s loved ones.